In an increasingly competitive and fast-paced world, companies in all segments are seeking digital transformation. Technology projects are in great demand, and IT professionals have never been more coveted. “The CIO Outlook for 2021,” a recent survey conducted by Constellation Research, revealed that 77.3% of the CIOs acknowledge that digital transformation is their number one budget priority. This has made many companies start selecting their projects with focus on technology, which, as we are going to see, is not often the best approach.

As a matter of fact, only 10% of companies achieve significant financial benefits from artificial intelligence technologies, as found by a recent MIT Sloan survey. This number may be alarming to some readers. However, there can be many explanations to it.

Technology-oriented projects are more common than you think, and this practice is becoming more and more frequent due to the "trendy" technologies, such as Artificial Intelligence (AI), Machine Learning (which is part of AI), Internet of Things (IoT), Virtual Reality (VR), and Augmented Reality (AR). Many companies, in order to keep themselves up to date, decide the technology to be used, and later think about which problem could be solved by it - while the reasoning should follow exactly the opposite way. This causes the project not to have a clear goal with well-defined gains, which often leads to frustration at the end, since a large amount of time and money had to be spent to achieve a result that has little relevance to the company. Or even worse: people start using a technology that is not appropriate at all for solving a given problem.

Let’s illustrate this with an example. Machine Learning (and other derived techniques), together with the increase of computational capabilities, has opened doors to countless applications: automated tasks like text and picture recognition, and decision trees encompassing a huge number of variables may be the most common ones. In decision-making, artificial intelligence shows its main benefits when it is not known how two or more variables are related, either because there is no scientific knowledge about that or because it is a combination of such a large number of variables that there is still no formula to represent it.

However, due to its popularity, people and companies began to use Machine Learning techniques indiscriminately, even in cases where the phenomenon is already known, that is, the relationships between the different variables are already well established (such as laws of physics and thermodynamics).

Let’s imagine a company looking for a solution to support its decision-making regarding the mix of raw material to be used in the production process. The process is quite complex, with chemical and thermal considerations. Given the complexity and the huge effort to develop a mathematical model representing the process, people may think about using a Deep Learning algorithm. Such an algorithm would be trained from historical data to understand the relationship between the mix of materials and the process indicators. Unfortunately, it appears that artificial intelligence is not the most appropriate approach to solving this issue. A computer does not understand the chemical and thermal balances as an engineer does. Some solutions may hence not be operationally feasible, as they do not respect basic fundamentals of the laws of physics. Also, the algorithm would be unable to suggest innovative solutions, as it will be limited to interpolating mixes of materials used in the past.

This illustrates the risk of selecting a technology by criteria other than the own issue to be solved. Many people confuse “technology” with “solution,” when, in fact, technology is just a means to achieve the desired solution. Therefore, before thinking about the technology, it is necessary to really understand the objective to be achieved. After that, it is important to understand the different existing technologies, to decide which one (or which combination) would better fit the problem. Even if you are not going to "get your hands dirty", having this knowledge is essential to avoid falling into a trap when approving a project.

“I suppose it is tempting, if the only tool you have is a hammer, to treat everything as if it were a nail” - Abraham Maslow

The above quote refers to the Law of the instrument, created by Abraham Maslow. Linking it to the subject, we can say that a certain technology could be applied, if desired, to any type of problem, which does not mean that it would work well or generate good results. In other words, it does not mean that this would be the appropriate technology - hence the importance of focusing on the problem to be solved. This way, it avoids spending a lot of money and time on projects that do not fit the company’s needs.

Each technology brings its own value. The purpose of this note is not to compare the value of different technologies. The only message you should keep in mind is that there is the right technology for each type of problem. 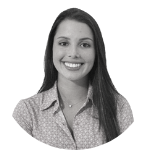 24 de January de 2022 Belgo Bekaert chose Cassotis as the consultancy responsible for carrying out the scheduling project at its... Read More
Blog

23 de November de 2021 The use of optimization tools to support decision-making at multiple decision levels in the e-commerce supply... Read More
Blog