The challenges of sport scheduling

Throughout the 2019/2020 and 2020/2021 seasons, sports leagues were forced to readapt their match schedules in order to ensure athletes’ safety and follow local social guidelines, even without supporters, due to the COVID-19 pandemic. This rescheduling is no easy task, not only due to broadcasting contracts or athlete union relations but also from an optimization point of view.

Generally, the rules to define a season's match schedule are simple; for instance, most football national leagues structure their tournaments based on three characteristics: 1) All teams play against each other twice, once at home and another away; 2) a pair of teams can only have a second match if they have played every other opponent at least once; and 3) teams can only have a maximum of two games in a row at home or away. So, a n-team tournament has (n-1)!2 possible schedules for a given team at the beginning of a season, without considering who hosts the match.

However, with a feasible schedule order, the league's organization committee has many other interests to consider, concerning teams, broadcasters, athletes, and other stakeholders. Teams pressure organizers for schedules with low traveling distances during the season because the time spent on the run increases stress, fatigue and decreases training opportunities. So if a team has two opponents that host their games in the same city, they want to have back-to-back games there and cut in half the distance traveled.

However, broadcasters are the ones defining when each match is played. Usually, there are predetermined days of the week and time slots on a day where a match can be transmitted. A few of them are considered primetime, where everyone wants to play and must play a minimum number of times. Broadcasters want meaningful games every round to be placed at primetime to guarantee good ratings and advertising revenues. Those are the games between historical rivals, title contenders, or hosting the league's icons. On the other hand, athletes want to ensure they have a minimum time to recover between matches and avoid playing multiple matches in extreme conditions, like at noon in the summertime. 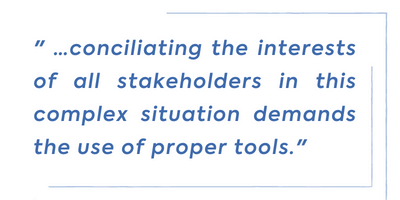 Finally, conciliating the interests of all stakeholders in this complex situation demands the use of proper tools. For many years, these types of problems have been solved by different exact and approximate approaches, including constraint programming, integer programming, metaheuristics, and hybrid methods. Additionally, those systems help to adjust course in case of unexpected events, like a pandemic or a series of protests. Models are made to be reused in new conditions and most likely with similar performance. Nowadays, sports leagues are more exciting for supporters, fairer on teams, more profitable for broadcasters, and safer for athletes because of better schedules.

Cassotis has developed solutions for tournament organizers to support their scheduling decisions. This system minimizes the total tournament duration by optimizing the allocation of matches in courts while guaranteeing minimum recovery time for athletes. The main challenge for the scheduling is that the group of athletes could compete in three brackets (singles, doubles, and mixed doubles) in the same tournament.

Can you imagine the impact of a state-of-the-art sports scheduling system in the context of the Olympic Games, especially for the 2020 edition? 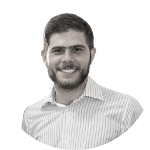